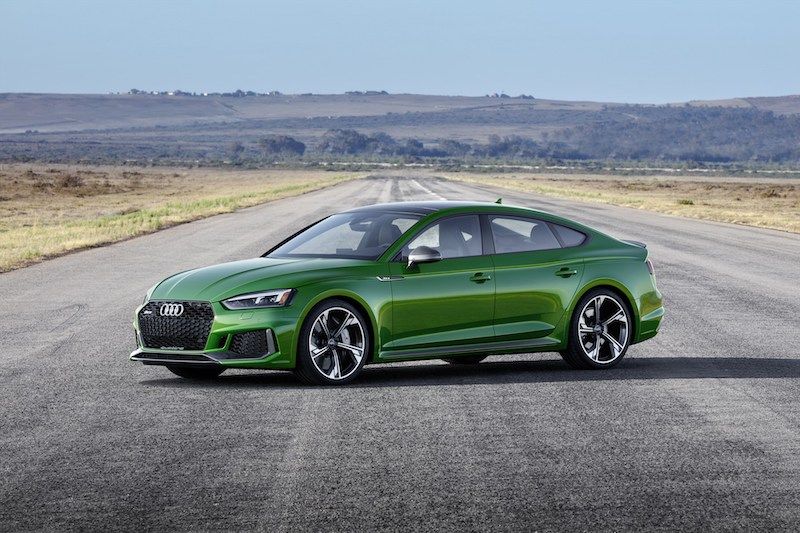 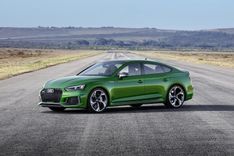 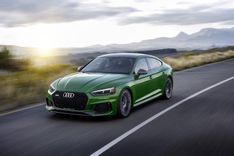 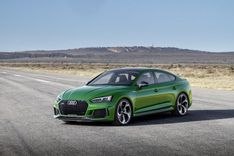 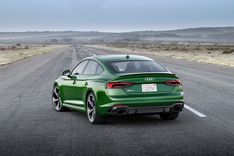 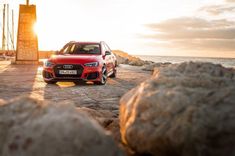 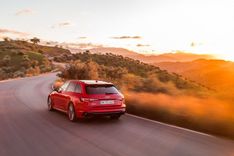 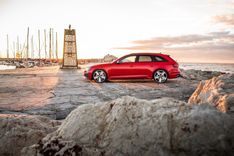 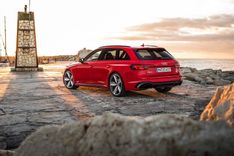 For over a quarter of a century Audi has been building bombastic, lightning-quick wagons; and their latest uber-wagon has now landed in South Africa.

The RS4 Avant joins the local Audi Sport line-up, and is joined by the swooping RS5 Sportback, taking the A4-based “RS” offerings to a total of three models. Whereas the RS5 Coupe was launched last year, these two new offerings further bolstering Audi’s offering in the D-Segment.

Much like the RS5 Coupe, the RS4 Avant and RS5 Sportback uses a force-fed V6 motor to produce more power and torque than ever before. In fact every model in the Audi Sport line-up features forced induction bar for the R8 supercar that still wields its monstrous naturally-aspirated V10.

Co-developed by Porsche and Audi, the all-new engine powering the RS4 Avant and RS5 siblings is a 2.9 TFSI V6 bi-turbo engine that produces 331kw and 600nm – 170nm more than its predecessor. Of more importance is the spread at which this peak torque is available – from 1,900-5,000rpm. Much like its German rivals, the motor has adopted a “hot V” setup that sees both turbochargers being centrally positioned inside the V of the engine with each of them supplying a single cylinder bank.

Whereas the B8 used a seven-speed dual-clutch transmission, the B9’s motor is mated to an eight-speed tiptronic transmission, sending power to all four wheels via Audi’s quattro permanent all-wheel drive system which features a self-locking central differential, with 60% of the power going to the rear wheels (the system is capable of sending around 80% rearwards) – guaranteeing traction, stability and dynamism in all conditions – an incidentally the only all-wheel drive car in its segment. The suspension has been completely redesigned further aiding agility, and improving comfort. As with other Audi Sport models, the driver can customize the handling, engine, transmission and exhaust characteristics via the Audi drive select system.

Tipping the scales at a whisker under 1.8 tons, the RS4 Avant is 80kgs lighter than the model it replaces, thanks in part to the new MLB Evo platform it rides on. Expect giant-killing performance from the B9 RS4 Avant, with 100kph coming up from standstill in just 4.1 seconds. Its top speed is limited to 250kph but with the optional RS dynamic package, the top speed will increase to 280kph. The downsizing has also brought improvements in fuel economy, with the RS4 Avant claimed to sip unleaded at a rate of just 8.8L/100kms.

In comparison with the A4 Sedan, the single frame radiator grille appears broader and flatter thanks to its new honeycomb structure, bearing both quattro and RS4 emblems. Beneath it, a blade in contrasting colour runs between the air inlets, connecting these with one another. These also adopt the honeycomb structure and underline the dynamism of the high-powered wagon. The rear is finished off by the RS-specific diffuser; the oval tailpipes of the RS