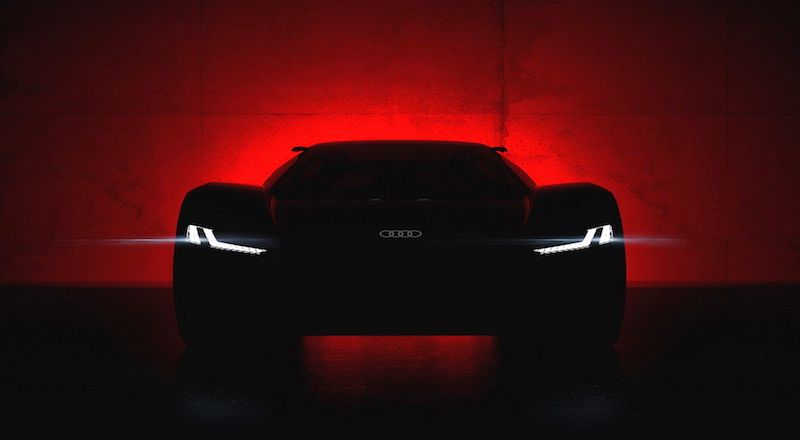 Audi believes that electric is the only way. And while the Ingolstadt-based luxury automaker is preparing the launch their first-ever electric SUV - the Audi e-tron quattro - in September, they have also dropped this teaser of an upcoming electric supercar concept. Inspired by the 24 Heures du Mans-winning R18 hybrid LMP1 car, this is the PB 18 e-Tron, and it will be unveiled at next month's Monterey Car Week.

The abbreviated name for the upcoming car – Audi PB18 e-tron – refers to the Pebble Beach venue and the year of the debut. It likewise recalls the LeMans-series winner Audi R18 e-tron, whose technology inspired the solutions for various details. The styling of the Audi PB 18 e-tron was developed at the new Malibu Design Loft.