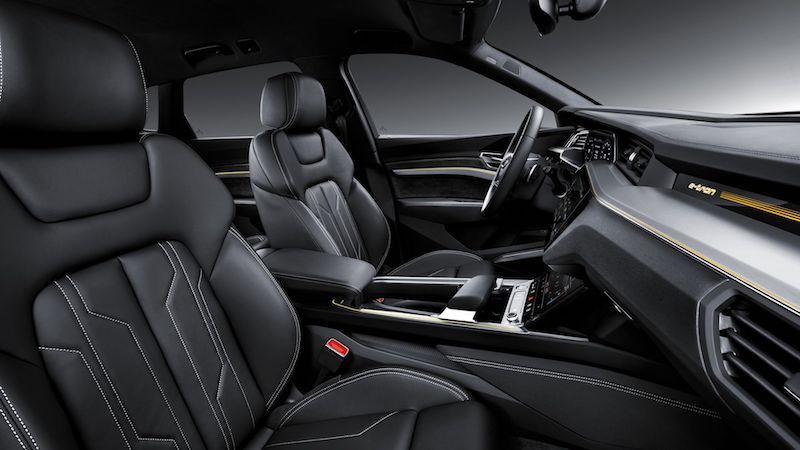 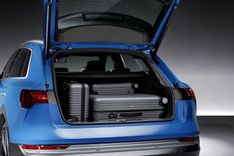 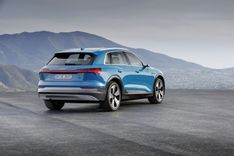 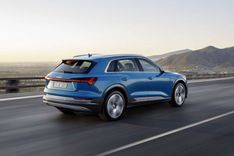 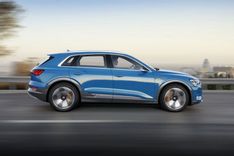 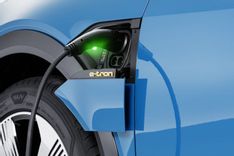 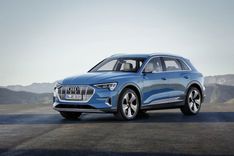 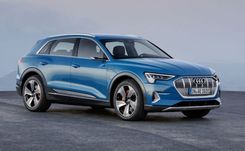 In what is a landmark moment for Audi, the German luxury automaker has unveiled their new e-tron SUV.

After a lengthy teaser campaign, Audi finally showed the world their “fully electric production model”. The SUV is intended to be the brands first mass production electric car, and will go up against the Jaguar I-Pace, Tesla Model X, the recently unveiled Mercedes-Benz EQC, and the future BMW iNEXT, when it reaches market shortly.

The e-tron was first teased in 2016, and marked an important push from the Volkswagen Group towards electrification. A shift that saw the auto giant dedicate huge resources to setting up structures to electrify its line-up within the next decade. And while this has been the direction its competitors have been going as well, let’s not forget that this shift came after Volkswagen Group was caught out in the ‘Diesel Gate’ scandal of 2014.

But, the future is now, and the e-tron is here, producing a total of 265kw and 561nm – with 125kw coming from the electric motor on the front axle, and 140kw from the rear axle, bringing with it a new type of Quattro performance. The electric SUV is said to feature a “boost” mode that can be activated from shifting from D to S, with this mode raising output to 300kw and 664nm – for a period of 8 seconds. They have disclosed that the SUV will run from 0-100kph in 5.7 seconds, will charge towards a 200kph top speed, and is even capable of towing 1.8 tons.

And following the ‘range’ debacle that followed the recent Mercedes-Benz EQC launch, Audi has been coy on its claimed range, although we know the e-tron will be capable of doing around 400kms on a single charge – according to the new WLTP (Worldwide Harmonised Light Vehicle Test Procedure) test cycle. The e-tron also features an intelligent braking system that blends, mechanical braking with regenerative braking (where the electric motors spin backwards, feeding energy back into the battery) which the luxury automaker says will help optimize energy use during daily driving situations.

The e-tron will be powered by two asynchronous motors (ASM) that work alongside a 95kWh battery pack. The battery system, equipped with 36 modules using lithium-ion pouch cells, is located beneath the cabin, weighs 700kgs, and is bolted to the underbody of the SUV at 35 points. This increases the torsional rigidity of the body, which in turn integrates numerous aluminium parts such as the floor plate in the rear structure, the doors, as well as the hood and tailgate.

Where the e-tron differentiates itself when it comes to rival electric SUVs, is its fast-charging capacity. Whereas Tesla presenting is one of the fastest charging EVs with its 120kw charge rate, Audi says that the e-tron can charge at 150kw – or from 0 to 80% in about 30 minutes. The automaker claims that their thermal management system has enabled the e-tron to unleash all its power repeatedly without loss and to achieve its class-leading 150kW charge rate.

Much like the Q8, the e-tron is deceptively large - measuring 237mm longer, 37mm wider and 7mm taller than the Audi Q5. Apart from its high-tech powertrain, and luxurious interior that is now familiar to us; one of the standout technological features of the e-tron are its Virtual Mirrors. This system consists of small cameras in place of the traditional mirrors which send live visuals to 7-inch OLED displays in the vehicle’s door panels. The system is said to offer aerodynamic benefits which improves driving range, as well offer adjustability of their field of view to suit the driver's preference. And unlike normal mirrors, these can zoom in and out.

With deliveries of the e-tron scheduled to commence shortly in Europe, Audi South Africa has yet to cement a date, but has confirmed it will reach South Africa some time in 2019.