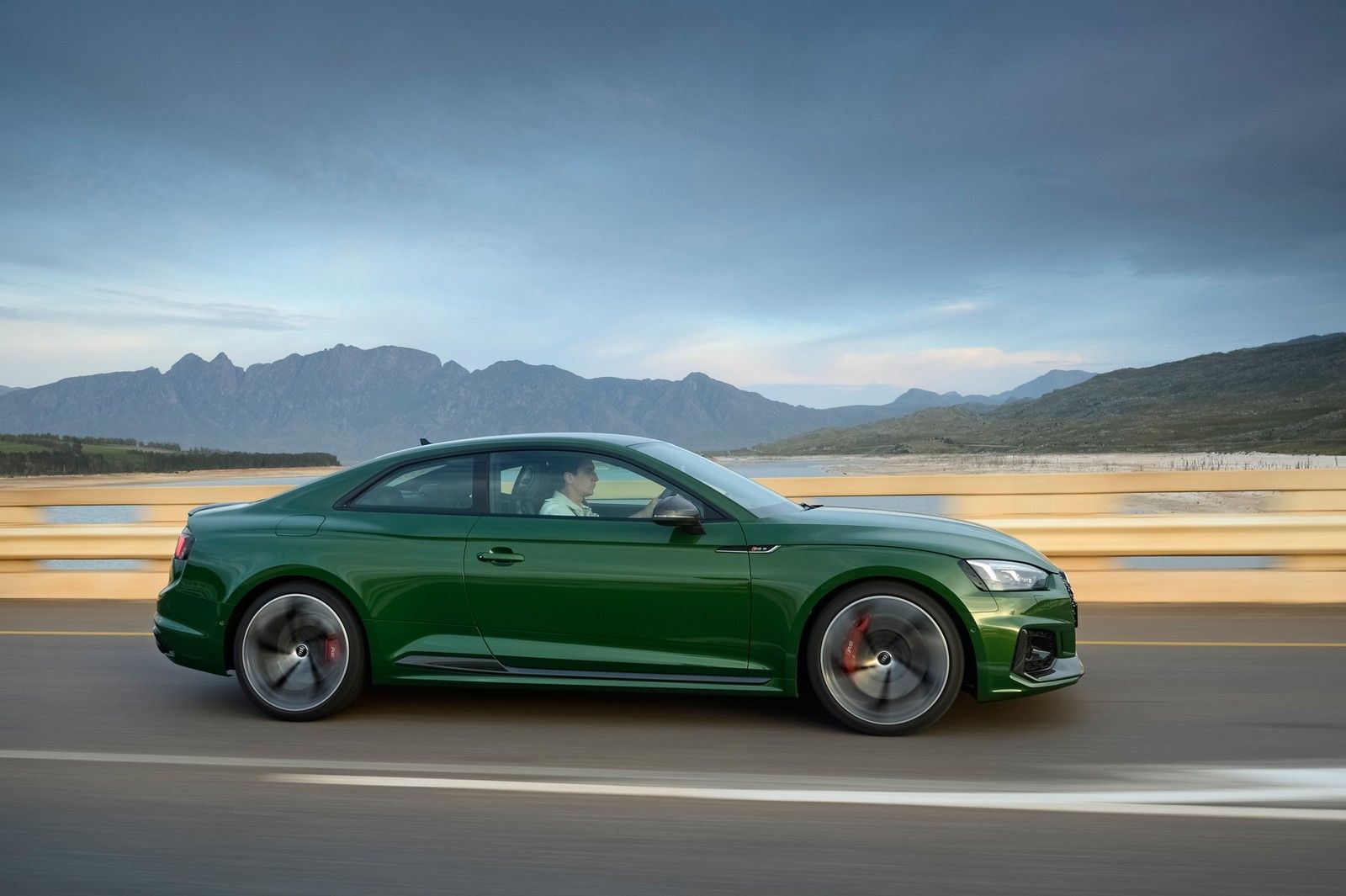 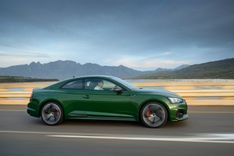 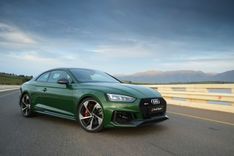 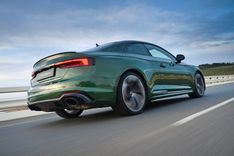 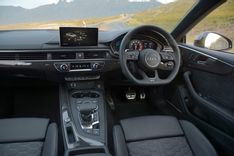 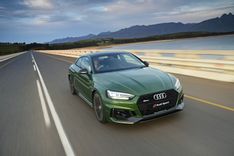 RS5 may have lost its glorious V8, but it makes up for it with a torquey V6 and a significant weight drop

The world’s moving towards turbochargers and Audi’s not immune to the change, and as a result, we have this new V6 twin-turbo engine powering the RS5. In fact every model in the Audi Sport line-up features forced induction bar for the R8 supercar that still wields its monstrous naturally-aspirated V10. But despite a power deficit to its primarily rivals, AMG’s C63 and BMW’s M4, has Audi Sport done enough to challenge these two?

Co-developed by Porsche and Audi, the all-new engine powering the RS5 Coupe is a 2.9 TFSI V6 bi-turbo engine that produces 331kw and 600nm – 170nm more than the model it replaces. Of more importance is the spread at which this peak torque is available – from 1,900-5,000rpm. Much like its German rivals, the motor has adopted a “hot V” setup that sees both turbochargers being centrally positioned inside the V of the engine with each of them supplying a single cylinder bank.

The RS5 is claimed to rocket from standstill to the ton in just 3.9 seconds, and will continue to accelerate hard until it hits its electronically limited top speed of 250kph – which can be raised to 280kph by ticking the right options boxes. Despite the downsizing from a naturally-aspirated 4.2-litre V8 to a turbocharged V6, Audi promises a full-bodied RS sound. One of the biggest gains with the new motor is efficiency. A 17% gain to be exact, with claimed fuel consumption sitting at a stellar 8.7L/100kms. Also beneficial for the new RS5 is the considerable weight loss brought by the A4/A5’s new MLB Evo platform, with the coupe weighing in 60kgs less than its predecessor at 1,655kgs, which further boosts the efficiency of Audi’s high-performance coupe.

The motor is mated to an eight-speed tiptronic transmission, sending power to all four wheels via Audi’s quattro permanent all-wheel drive system which features a self-locking central differential, with 60% of the power going to the rear wheels (the system is capable of sending around 80% rearwards) – guaranteeing traction, stability and dynamism in all conditions – an incidentally the only all-wheel drive car in its segment. The suspension has been completely redesigned further aiding agility, and improving comfort. As with other Audi Sport models, the driver can customize the handling, engine, transmission and exhaust characteristics via the Audi drive select system.

In comparison with the A5 Coupe, the single frame radiator grille appears broader and flatter thanks to its new honeycomb structure, bearing both quattro and RS5 emblems. Beneath it, a blade in contrasting colour runs between the air inlets, connecting these with one another. These also adopt the honeycomb structure and underline the dynamism of the sports coupe. The rear is finished off by the RS-specific diffuser; the oval tailpipes of the RS exhaust system and a boot spoiler. The RS5 is available in seven colours, with Audi Sport also offering the exclusive paint colour Sonoma green metallic. A carbon roof with visible fibre structure is also available as an option.

As you would expect, standard specification is extremely generous in this segment, with the RS5 kitted out with 20 inch Audi Sport alloy wheels, a B&O Sound system, electrically adjustable Nappa finished RS sports seats with a massage function, MMI Navigation plus, RS Sport suspension, an RS Sport exhaust, and Audi connect to name a few. The options list isn’t as extensive compared to the TT-RS and includes more driver focused options like a heads-up display, and the RS Dynamic Package – which adds Matrix LED headlamps, dynamic steering, quattro with sports differential, increased top speed to 280kph and an RS sports suspension plus with Dynamic Ride Control.