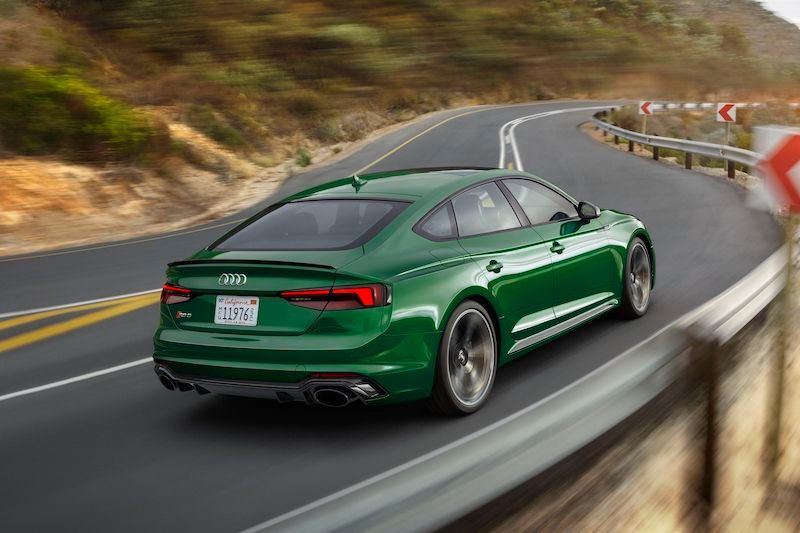 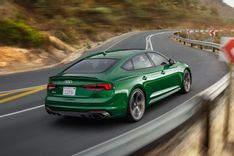 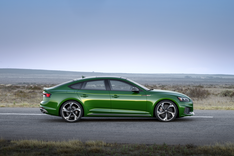 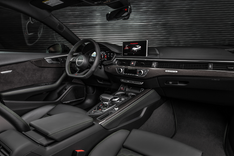 Basically a four-door version of the sexy RS5 Coupe, the Sportback gets the same furious 2.9-litre twin-turbo V6 under the hood, good for 331kw and 600nm. The powerplant is paired with an 8-speed ZF-supplied automatic gearbox, and quattro all-wheel drive.

A mechanical centre differential splits the torque 40:60 between the front and rear axles, but it can send up to 85% frontwards or 70% rearwards if needed. An electronic differential provides torque vectoring at the rear axle too. Audi Sport claims the RS5 Sportback will hit 96kph in under 4 seconds and top speed is limited to 250kph, while opting for the Dynamic plus package raises this to 280kph.

Compared to the S5 Sportback, the hips of the RS5 are 15mm wider on each side. It also has an RS-specific grill with a honeycomb mesh structure, and fat oval exhaust pipes.

This is the first time that Audi has created an RS5 Sportback, and will launch in the US in the second half of 2018, before being launched in Europe and other markets. Let's hope Audi South Africa brings it to SA.