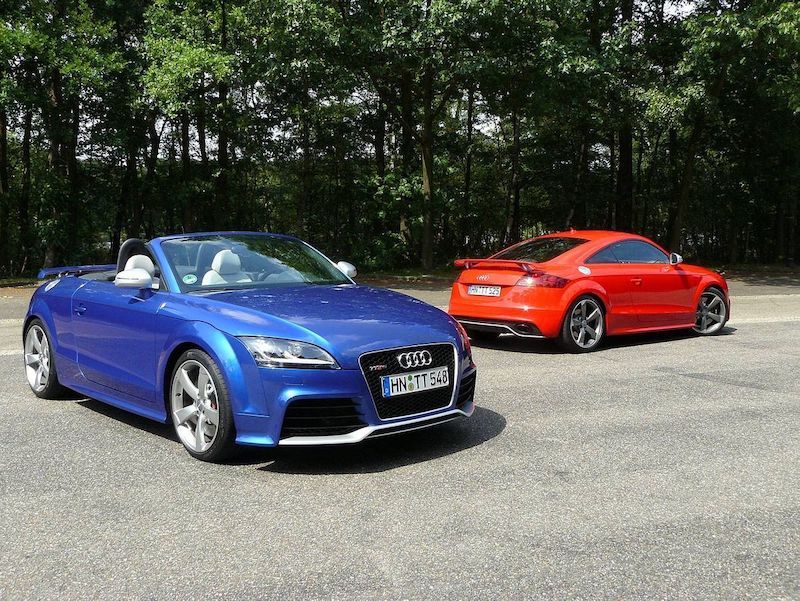 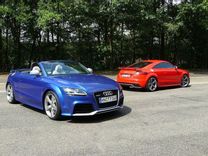 The Audi TT was always regarded as a bit of hairdresser’s car. Sure they gave it Quattro, and a fair amount of shove, but it always seemed a little soft compared to rivals BMW and Porsche. If you wanted a driver’s car, the TT – despite its many talents - would never be your first choice.

However, roughly ten years ago, Audi decided to take their TT to a whole new level and set about developing one of their most ballistic coupes ever. Originally shown at the 2009 Geneva International Motor Show, the spirit of the revolutionary Audi quattro coupés of the 1980s were reborn, equipped with a high-tech 5-cylinder turbo motor – creating the Audi TT RS.

The 2.5 TSI motor – which weighed just 183kgs - was based on a Volkswagen Jetta block, but was re-cast for the TT application in vermicular-graphite iron, with its direct injection head taking its cue from the Audi R8 V10’s design. Despite the motors relatively mellow 1.2bar boost, it achieved its maximum torque of 450nm from just 1,600 til 5,300rpm, whilst peak power of 250kw came in from 5,400 to 6,500rpm. And naturally, it had that famously charismatic engine note first seen in the rally-bred quattro road cars of the Eighties.

With its ultra-compact boosted five cylinder up front, a manual transmission and Quattro – the TT RS’ mechanical lineage could easily be traced back to the original ur-quattro. Paired with a short-shift close-ratio 6-speed manual, the TT RS was obscenely quick, rocketing from 0-100kph in just 4.6 seconds – quicker than just about anything in its class. The Quattro all-wheel drive system provided an 80:20 split front to rear in normal driving conditions but the Haldex diff could send up to 100 per cent of torque to the rear if required.

Spicing things up even further, was a Sport button, which not only altered throttle response but also opened a flap in the left exhaust tailpipe that further intensified the sonorous exhaust sound. Clever use of aluminium and steel in the body allowed engineers to achieve a near-50:50 weight distribution, with the coupes resistance to understeer one of the benefits. The TT RS had the best of both worlds, as Audi offered it with an optional Audi magnetic ride adaptive damping system that incorporated sophisticated dampers whose settings could be changed at the switch of a button.

These not only gave it a comfortable ride when need be, but it also improved handling – as clearly evident by its Nürburgring lap time of 8:09.00, and 1:24.80 time around Killarney International Raceway at the hands of accomplished racer Deon Joubert. To slow the TT RS down, Audi equipped it 370mm two-piece discs up front and 310mm at the rear, with the fronts clamped by four-pot calipers.

As with the TT S, the RS version rode 10 mm lower than the standard car and was instantly recognizable by its matte aluminium finish side mirrors. Being an RS car, it’s meant to look aggressive and distinctive when compared to the TTS as well as the rest of the range. And it sure did, thanks to its massive air-gulping front intakes, extended side skirts, 18-inch 5 twin-spoke alloy wheels and fixed rear spoiler. The final RS touch were the oval tailpipes on either side that not only hinted at the TT RS’ incredible performance capabilities, but also showed a bit of restraint – that in itself keeping with Audi RS tradition.

The TT RS went on to become a favourite among modifiers, and with light modifications could see it breaching the 10 second barrier on the drag strip. It was regarded as a junior Audi R8, and despite its steep price of R707 500 when Audi South Africa launched it in 2010, it boasted truly staggering performance paired with typically classy Audi build quality. It paved the way for many Audi Sport models like the current TT RS, and with only a handful imported, the original TT RS it will no doubt be a future classic.