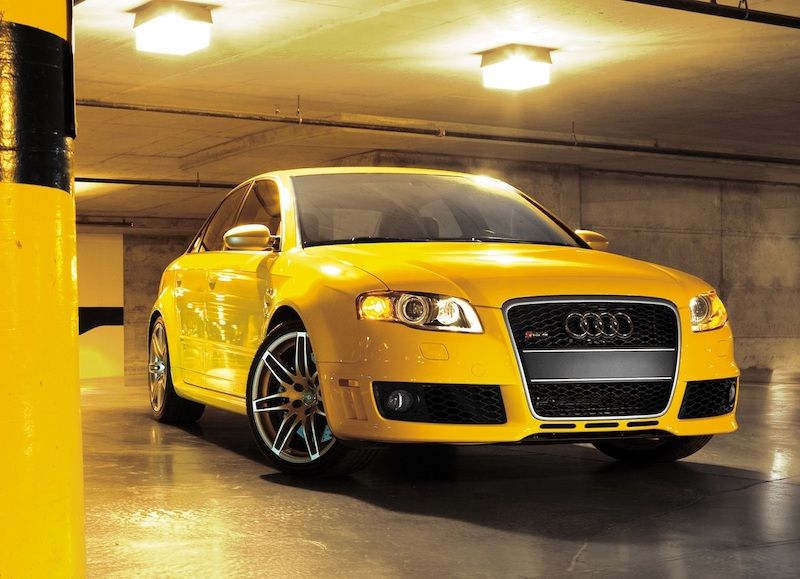 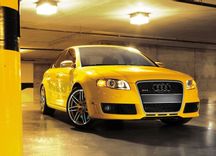 The 4163cc V8, which started its life as the motor in the S4 received modified pistons, a new crankshaft, larger downpipes and revised cylinder heads, and a compression ratio of 12.5:1, to reach its new output of 309kw which when translated to horsepower, actually hit 100hp per litre on the head, revved all the way to 8,250rpm and was run – exclusively – through a Getrag developed 6-speed manual transmission. Yes, there was no automatic option.

The very same engine was also used in Audi’s first supercar, the Audi R8, with one of the main differences being that the camshaft drive system had to be relocated to the front of the block for the mid-engine R8. The motor was an absolute gem - and bulletproof too. In fact, the sound that emanated from the high-revving V8 was essentially a cocktail of thunder, growling, rumbling and screaming. A very different sound to the tinny sound produced by the straight-six BMW E46 M3 at the time.

But it wasn’t just its engine that drew unanimous admiration; it was its ‘understated’ looks as well. Whereas the standard B7 A4 and S4 looked sedate, the RS4 provided enthusiasts with muscular flared wheel arches, aluminium front fenders and an aluminium hood to help reduce weight. The interior was equally as special, with a flat-bottomed steering wheel and ‘those’ Recaros grabbing all the attention.

The Quattro system was developed specifically for the RS4 and had an asymmetric and dynamic torque split that sent 60% of power to the rear and 40% to the front. It also came with a self-locking differential, and as a result, the RS4 didn’t exhibit the extreme understeer of previous fast Audis. As you would have expected the brakes were huge, and sported Brembo 8-pot calipers off the Lamborghini Gallardo. Fitted with Audi’s ‘Dynamic Ride Control’ suspension, the RS4 suspension was a joint development by KW suspension and KYB.

The RS4 was a four-door, four-seater rocket ship. It blasted from 0-60kph in 2.18 seconds, passed 100kph just 2.4 seconds later, and completed the standing kilometer in just 23.24 seconds. It was pretty quick on track too, registering a time of 2:07 around Kyalami and 8:09 around the Nürburgring. In 2007, it was crowned "World Performance Car" beating rivals like the Porsche 911 Turbo, Porsche 911 GT3, Ferrari 599 GTB Fiorano, and Jaguar XKR.

In its two year production run, Audi built roughly 1500 RS4 sedans, 1500 Avants and 500 Cabriolets, with Audi SA retailing the sedan for R598 000 in 2006, and now, 11 years later, fetching around half of that for a clean example. Even today, many regard the Audi RS4 (B7) as probably the best road car Audi has ever made. One magazine probably put it best when they said, “Make sure you get the opportunity to drive one in your lifetime, or, at the very least, to listen to one under full acceleration…”