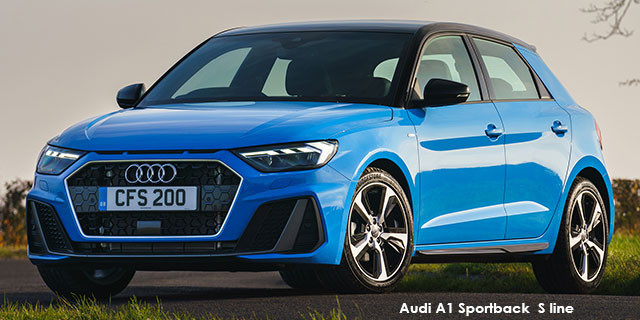 It’s been seven years since the first-generation Audi A1 was launched in South Africa and it looks like it’s been spending a lot more time in the gym because the second-generation A1 certainly looks a lot leaner and meaner than ever before. But looks don’t mean everything. We wanted to feel what it was like to actually live with the new A1 from the perspective of a buyer, so we asked Audi for one and they let us keep the new A1 35TFSI for a week. Here’s what happened.

The second-generation A1 is longer than the previous model which opens up a lot of space for the driver and passengers. The legroom inside is much more accommodating, and the boot capacity has also increased by a massive 65-litres, bringing the total boot capacity up to 335-litres which can go up further to 1090-litres when the seats are folded.

At the centre of the dashboard is the new 8.8-inch Audi MMI touch screen display that allows the driver to interact with various settings, media, navigation and other features, such as the 30-colour ambient interior lighting and the on-board assistant that makes use of natural language voice control. As you could probably tell, connectivity is a really big deal in the Audi A1. That’s why Audi has included a USB port, Bluetooth connectivity and a USB-C port in the cabin. Occupants are treated to the Audi Sound System as standard kit, while a more powerful Bang and Olufsen sound system is available on the options list. I personally enjoyed the sport seats in the Audi A1 which are crafted with a blend of leather and fabric and feature an intricate pattern on them.

The sporty design of the new Audi A1 is inspired by gaming and technology, with roots based in Audi’s Motorsport heritage. Audi wanted the A1 to appeal to young, trendy buyers and this decision is reflected in the choice of 10 colours available on the A1, including the exquisite Turbo Blue that was featured on our test car. This vibrant colour gives the car an energetic aura while emphasizing the lines and edges, of which there are plenty, around the car.

The Audi A1 35TFSI is powered by a 1.4-litre turbocharged petrol engine. The unit produces 110kW of power and 250Nm of torque and sends it all to the front wheels through a 6-speed S-Tronic automatic transmission. It was interesting to discover that launch control is indeed available on the A1, launching it from 0-100km/h in 7.7-seconds before reaching its top speed of 222km/h. This may not look like a lot on paper, but the A1 really surprised me. At no point do you ever really feel that power is lacking, although the engine does get a bit whiny past the 140km/h mark. Audi claims that the A1 will do 5.1-litres/100km and although I was not very close to that figure, the A1 managed to return a consumption of just below 7.0-litres/100km with some smooth driving and use of the cruise control.

Overall, the A1 seems to be the perfect car for a younger person. It's stylish, comfortable, and in the case of the 35TFSI model, balanced too. We also tested the efficiency of the A1 on the highway and it felt very comfortable cruising at speed. Adaptive cruise control would have been a good feature to include on the A1 but it would have likely brought an increase in costs.

Verdict: The Audi A1 is a great compact hatchback. Its practicality is seen even better on the 35 TFSI model where it proves to strike the perfect balance between performance, efficiency and smoothness.