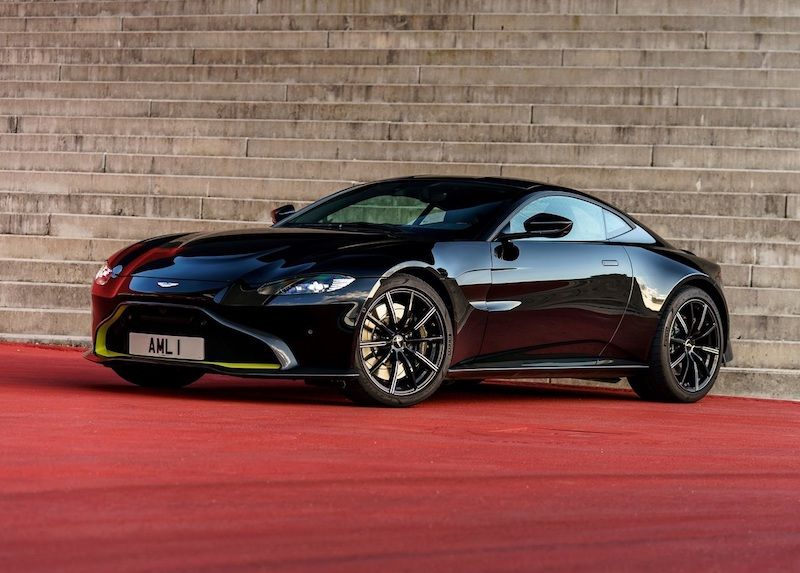 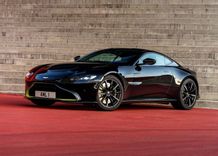 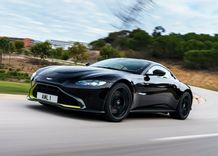 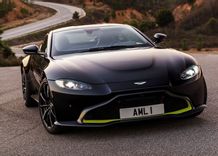 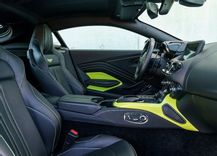 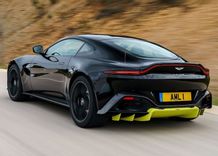 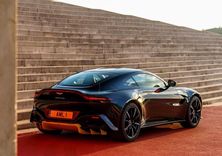 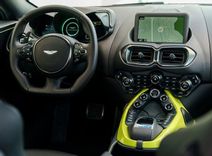 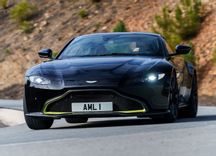 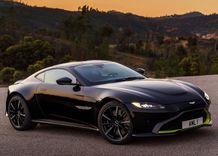 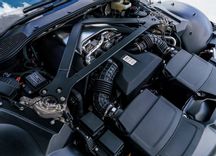 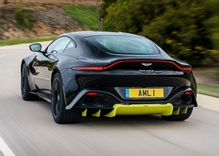 The Aston Martin Vantage V8 is the first all-new Vantage since 2005, the entry-level model racking up nearly 22,000 sales over the years to become the brand’s all-time best seller. That’s thanks to its relatively low for an exotic car price that now starts at R2 800 000.

The new Vantage is the latest take on Aston Martin’s signature sleek, sinuous muscular styling, inspired by the DB10 that was specially-designed for James Bond 007 to drive in the film 'Spectre.' Its minimal front design and rear overhangs muscular flanks and broad haunches add to the sporty character of the car.

It rides on an evolution of the bonded aluminium structure that underpins the DB11, although 70% of the structure’s components are new for the Vantage. Active panels have been shunned for aerodynamic performance being provided by a front splitter and rear diffuser directing airflow underneath the car, creating low pressure air. Add this to the new side gills and the upswept rear deck lid, and the Vantage supposedly generates significant downforce.

The entry-level Aston Martin is 284mm shorter than the DB11, and shorter than a Porsche 911 Turbo by about 40mm. Weighing a light 1,530kgs, the Vantage's 0-to-100kph time is projected to be about 3.7 seconds, while top speed is expected to exceed 310kph. It has been fitted with Pirelli P Zero tyres developed specifically for new Vantage.

At the heart of the Vantage is a 4.0-litre twin-turbo V8 engine. AMG-sourced motor is actually the same motor that powers the Mercedes-AMG GTS, and puts out 375kw at 6,000rpm and 685nm between 2,000 and 5,000rpm. However, Aston Martin has tuned the induction, exhaust and engine management systems to give the Vantage what is said to be a truly intoxicating character and soundtrack.

The motor is set low down and far back in the chassis for a perfect 50:50 weight distribution. It is linked to the car's electronic stability control system and can understand the car's behaviour, and react accordingly to direct the engine's power to the relevant wheel. Transmission is an 8-speed ZF automatic, though a 7-speed manual is said to follow in about a year. The three driving modes are Sport, Sport Plus and Track. The new Vantage is also the first Aston Martin to get an electronic rear differential (E-Diff).

As for the cabin, the Vantage gets a dynamic and focused sports car cockpit that comes with sharp lines denoting the more aggressive nature of the car. You get sporty seats with premium leather upholstery in dual tone pattern. The In-Car Entertainment system, which is based on Mercedes Comand system, is controlled and viewed via a centrally mounted 8-inch LCD screen. There are also extras such as Bluetooth and phone streaming, park assist, parking sensors and satellite navigation. The Vantage interior also offers generous stowage space, with useable room behind the seats and generous double-tier storage areas. So it's practical too!

Deliveries are scheduled to begin shortly.