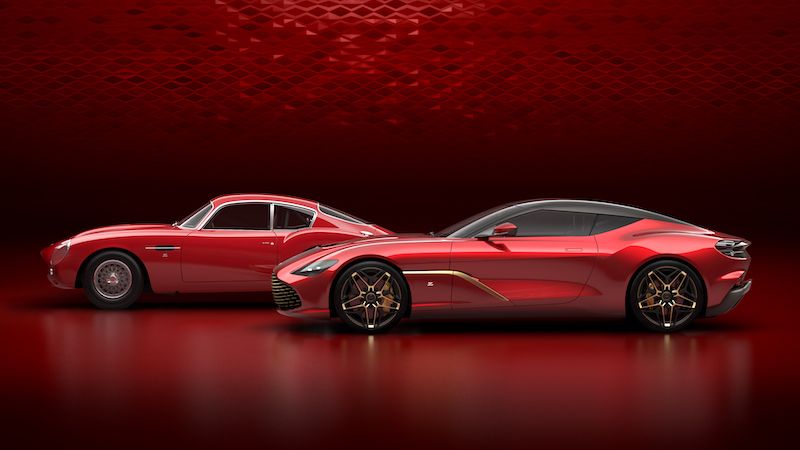 A hundred-years is a long time, so if a company manages to stick around for that long then it deserves to be celebrated. The firm in question is Italian coachbuilding company Zagato. You might remember them from some of their previous collaborations with Aston Martin, and if you don’t then it’s alright because the duo have just revealed their latest project – the  DBZ Centenary Collection.

The R100-million Centenary Collection made its debut at the 2019 Audrain’s Newport Concours on Rhode Island and is made up of two cars – the Aston Martin DBS GT Zagato and the Aston Martin DB4 GT Zagato. The former is based on the DBS Superleggera while the latter is a continuation of the classic DB4. Production of both models are limited to just 19 models, making them some of the rarest modern day Aston Martins.

Let’s talk about the Aston Martin DBS GT Zagato. It’s powered by the same 5.2-litre twin-turbocharged V12 as the Superleggera, but instead of producing the regular 533kW it makes 567kW of power, which officially makes it the most powerful Aston Martin ever. The model that was showed at the Concours event was finished in an intense colour called Supernova Red, paired nicely with satin black and gold wheels and exposed carbon fibre bits. The bespoke headlights sit along a new active grille that opens and closes according to driving situations but the crown jewels on the DBS Zagato are the solid 18-karat gold front and rear badges and golden side strakes.

The interior of the DBS GT Zagato features Caithness Spicy Red leather, Zagato 'Z' seat quilting and satin twill exposed carbon fiber fitted to both the paddle shifts and steering wheel. In a world first, the DBS GT Zagato can be configured with carbon and metal 3D-printed interior finishes finished in carbon, aluminium, or gold which takes almost 100 hours to print.

"The design studio at Aston Martin has risen to the task magnificently, working alongside Andrea (Zagato) and his team”, said Aston Martin Executive Vice President and Chief Creative Officer, Marek Reichman. "They have taken the already fabulous DBS Superleggera and shaped it into something which retains its Aston Martin identity, yet expresses itself as only a Zagato can. It is the modern expression of a timeless icon."

"Aston Martin's elegance, class and purity of style have always blended perfectly with our own rationalistic design language. Zagato's Centenary represents a bridge between the past and the future, strengthened by the shared vision for an innovative approach to collectibles, recently coupled in pairs and twins with the aim to reach new standards of exclusivity in the world," Andrea Zagato, Chief Executive Officer of the Design House, commented. 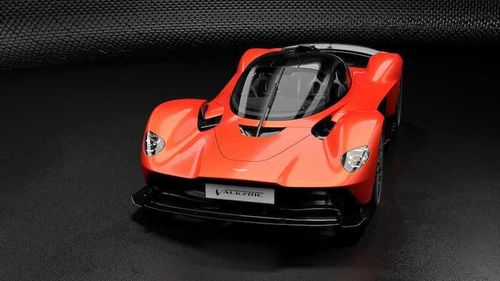